Daventry Bridge, a pedestrian bridge designed to span Daventry Road between Lynnwood Bridge Mall and Glenfair Shopping Centre car park was commissioned by the owners Atterbury Properties and designed and managed by Studio 3 Architects and Rawlins Wales and Partners Pretoria.

Regent Lighting Solutions was requested to light the curve of the bridge in magenta. This was achieved by utilising 118m of anodised aluminium channel with a diffuser and RGB LED ribbon that was then locked on magenta colour.

The client wanted the diffuser of the light to be visible so a clear line of magenta could be seen.
The diffuser ensured that the bridge would also get a magenta “wash”
The sign boards on the sides of the bridge also had to be lit up trying to avoid the traditional bulky look of a floodlight.

This was achieved using the Lumina LED floodlight, trunion mounted on special brackets bolted to the I-beams under the bridge.

The floodlight used 39W Osram LEDs with special RLS362 lenses that spread the light laterally to cover the signboard with minimal light spillage. 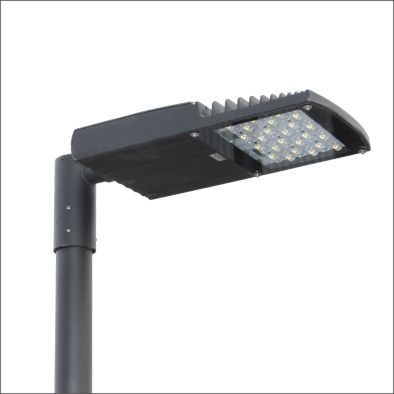